The tests done by CBC on fernStudio and fernStation yielded significant results.

Ferncast confirmed that the Cologne Broadcasting Center (CBC) had been testing since 2018 both prototypes of fernStudio and fernStation. CBC has started to migrate them from test procedures to daily operation for their important live events. CBC has tested Ferncast audio transmission devices in various constellations over the years and has given valuable feedback to Ferncast. The developers from Aachen explained that this input has helped to greatly improve the user experience for professional broadcasting users and has ensured that fernStudio and fernStation were ready to be launched in the European Market.

Ferncast is grateful for the great cooperation and is looking forward to more fruitful collaborations with CBC in the future.

Fritz Behringer, Production Engineer of the CBC, explained what his favorite features of the fernStudio and its aixtream GUI were: “You can create as many overviews as you like in the Dashboard and with these tracks all the various connection, system and network statuses as well as signal levels. For a live transmission with multiple programs, communications and IFB signals this is vital for success. If a signal still has not arrived -or arrived in the wrong place- you can just listen to the signal in the web user interface – that’s great!”

Both fernStation and fernStudio powered by aixtream- Software are now available for sale in Europe. In addition to broadcasting solutions, Ferncast is also offering solutions for smaller-scale audio transmission (like voice-over and sound studio), OTT streaming and secure audio recording.

You can visit their newly redesigned websiteto discover fernStudio and fernStation: 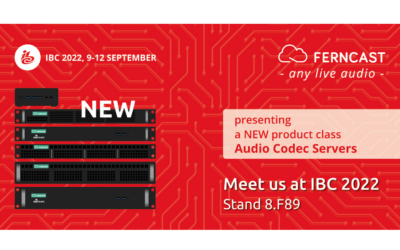 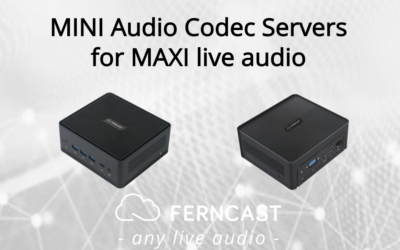 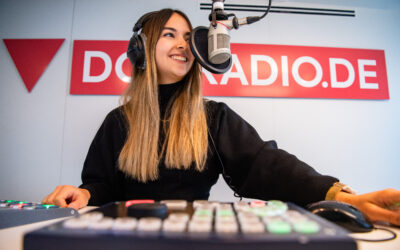