Thoughts on Audio from a Radio Futurist BADEN-BADEN, Germany — The world around us speaks and hums, chirps and sings. And we can be happy to have more and more audio content available to listen to. The only thing is that audio content is often hard to find or only available for particular devices and music streaming services. But that’s about to change. So, let’s take a look at what a future for radio and audio might look like.

Music streaming services pose a challenge for radio, and SWR has been working on a solution to bring radio into the digital age. We are the first public broadcaster in Europe offering music on-demand within our apps that is free to consumers, with no advertising and no linking to premium subscription services. We wanted to provide a product with personal customization that is flexible — for both active and passive moments in life — and seamless across all devices.

To achieve this, we have launched four new mobile radio apps for our core radio brands – SWR1, SWR3, SWR4 and DASDING – that give users the ability to time-shift, skip tracks and listen to their favorite tracks on-demand. We are experimenting with smart streams and atomic content users can rearrange to enhance their experience. Our listeners can play titles from their own list of favorites whenever and wherever they want.

Because the music labels categorize this feature as a “music on-demand” service, SWR had to consequently reach agreements with the major labels (Sony, Warner and Universal), the “Indies” and the German collection society GEMA to cover on-demand music rights.

Another major plus in our service is that users can leave the radio simulcast anytime by skipping to an alternative song. This is possible by enriching linear radio with live metadata and using the hybrid dynamic audio technology platform Ybrid from Nacamar.

For the first time, the decision as to which song is played after a skip is not made by humans but by a machine, specifically the recommendation algorithm from the German startup Cyanite.AI. Using a logic specially developed for us, the AI selects the song the user is most likely to play. Every skip decision the listener makes is incorporated into future music recommendations, thus personalizing the music program on the app.

As soon as the simulcast starts with a new element such as moderation, news, traffic report, weather or other program elements, the alternative stream stops (even in the middle of songs) and is merged with the live simulcast, returning the listener to the live-stream. At the same time, the AI selects a specific song from a pool prepared by our music editors. SWR and its music editors can then, in turn, also learn from the on-demand and skipped radio interactions in the app and use that data to make decisions about future music schedules.

The apps are available worldwide on iOS and Android. Due to music licensing restrictions, users outside Germany are unable to use the interactive functionalities of the app.

Next level radio is immersive, ambient and dominated by personalities. It is realized by seamlessly combining expert-generated infotainment with user-generated content powered by scalable networks and AI-driven personalization. At SWR, we are in a unique position to make this future a reality. We are already creating content for many different listening formats, we’re always looking for new ways to reach audiences, and we don’t see personal data as a commodity. So, together, let’s shape the future of audio.

You can hear more of what our SWR Audio Lab will bring to market in the next couple of years and the inspiring story of Kim in our vision video “Future of audio” on SWR.de/audiolab (an English version is available)

The author is co-founder of the SWR Audio Lab, a small unit of the German public broadcaster that develops ideas and prototypes for the future of radio. In charge coordinating future radio projects and leading the development on smart speakers and voice interactions across the ARD network in Germany, he is a specialist in distribution, UX, strategy and content.

Link to the article www.redtech.pro/thoughts-on-audio-from-a-radio-futurist 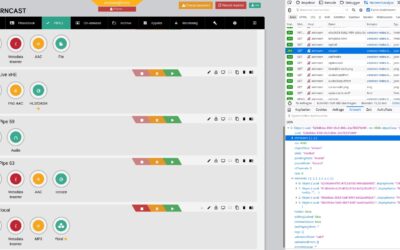 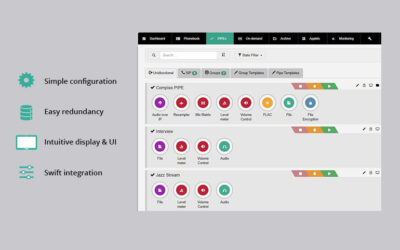